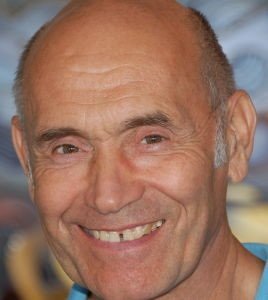 Dr David Lilley was born in Leeds in 1940, the son of a homeopath and his family emigrated to South Africa in 1949. He studied medicine at the University of Pretoria and after qualifying spent 3 years at the Royal London Homeopathic Hospital and the London College of Osteopathy. He studied under Drs Blackie, Twentyman, Raeside, Kennedy and Foubister.

After obtaining his MFHom David returned to South Africa and joined his father in a practice in 1966. He has been in an exclusively homeopathic and osteopathic practice for the past 41 years. In 1994 he started the first homeopathic course for medical doctors in South Africa. This course has now evolved into the SA Faculty of Homeopathy, of which he is the Director of Education.

In recent years he has been in demand as a visiting lecturer in the UK and further afield. In his lectures he weaves together homeopathic art and science, analytical psychology, mythology, chakra and colour theory, natural science and spiritual philosophy to provide a rich tapestry of perennial wisdom and knowledge.

He has been described as an “inspiring teacher with an incredible in-depth knowledge of the remedies who also shares many practical tips on the management of acute illnesses”.

Sign up to our newsletter for our special offers >